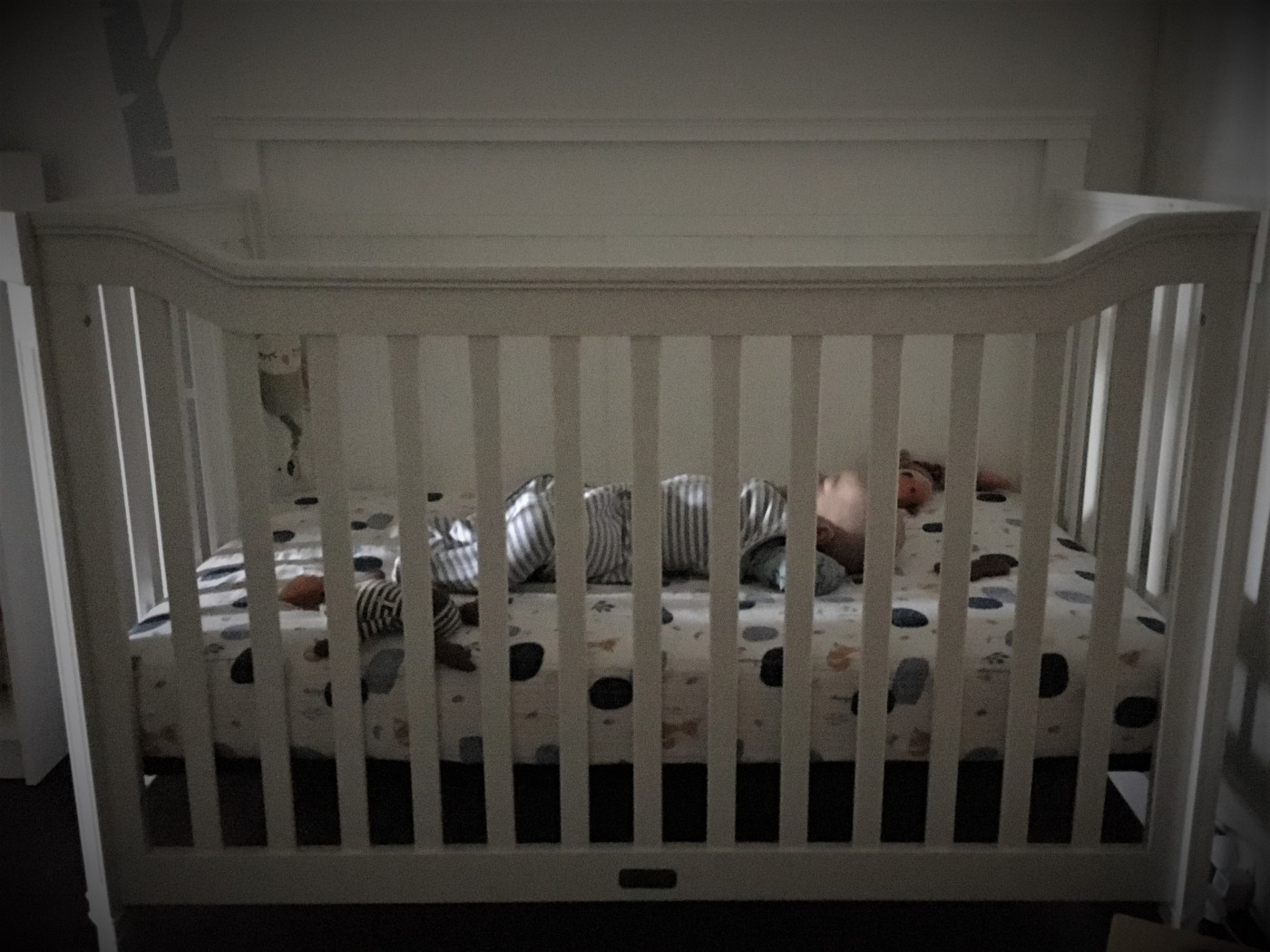 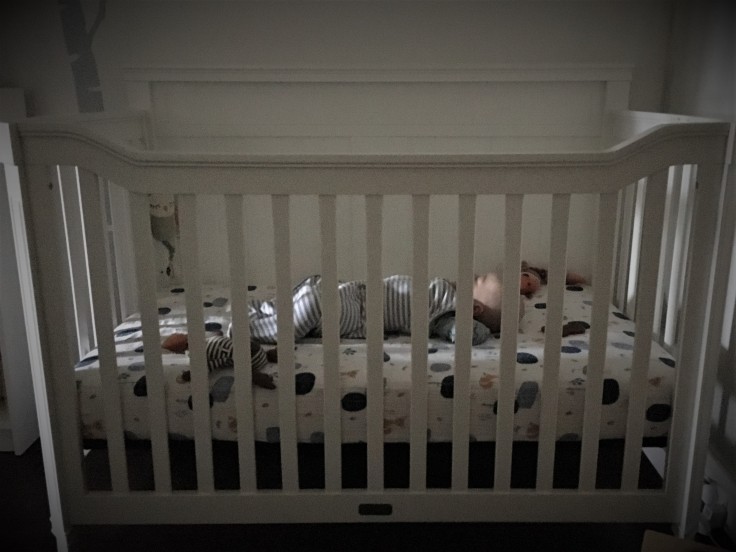 In a previous post I discussed sleep training my then 4 month son with the overly pushed and controversial Cry It Out (CIO) technique. As I mentioned, it worked – however, only temporarily. Right around the 6 month mark, my son was still getting up about two+ times a night to nurse. I thought nothing of it, until it was brought to my attention that he physically didn’t need milk in the middle of the night and should be sleeping through the night. So, once again I was told by my pediatrician to do another round of sleep training with Cry It Out.

Doctors seem to be all about it and there is a lot of (mis)information out there saying it’s safe and completely harmless. Regardless, it just never really felt right to me as a mother. I did it somewhat successfully the first time around. But, I’ve got to tell you, hearing my baby cry and not tend to his needs, went against every natural instinct and has left me with a tremendous feeling of guilt (but, get use to that feeling as a mother, right?!). Beyond that, I felt completely sick to my stomach, sometimes even days after a night of stressful tears. I still cringe and want to cry myself just thinking about the times I let him cry. Honestly, I only did it the second time around because my husband was sold on CIO (total extinction method) and believed that we were doing him a disservice by going into his room to check on him.

Needless to say, this was a nightly battle between us. It wasn’t until a family psychologist told us that studies prove the drawbacks of letting your baby cry – you’re actually doing the opposite of what you think you’re doing – you are creating needy children. After hearing that, he was finally on board to no longer let him cry it out, and was okay with me going in to tend to his needs. Thank goodness for that, but I can’t help but feel completely terrible about all the times beforehand.

Shame on me for blindly following our pediatrician’s suggestion without doing more research on sleep training myself, before going down that controversial path. And, shame on me for not doing what felt natural for me to do in the first place. If I had to do it all over again, I no doubt would have done it differently and most likely would’ve followed the Positive Routines with Bedtime Fading technique.

Presently, my son is able to fall asleep on his own – which is the purpose of sleep training, so I’ve that going for me. But, I’m still not out of the woods. The main issue I’m now dealing with is him occasionally not being able to soothe himself back to sleep when he does wake up in the middle of the night. I was spoiled with my daughter who took a pacifier and loved her lovey. My son is different – he doesn’t have an attachment to anything other than me. But, if he’s anything like my daughter, he won’t consistently sleep through the night for 12 consecutive hours until I stop nursing altogether. But, I’ve got to figure this out – “wearing” his loveys during the day so they smell like me and he’s new musical pull toy, just aren’t doing the trick. So, night weaning my next step. Hopefully this will be successful.

Bottom line, my new philosophy is to just do what feels right as a mother – to follow my natural instinct. You can read and read and read until you’re blue in the face and wind up even more anxious and confused than you were in the first place, or you can just do what your natural instinct as a mother tells you is right for you and your child. Additionally, I’ve learned that overly involving your husband into too many child related decisions, when you already know in your gut what feels right, isn’t always the best move. So, if you just need some moral support and reassurance about what you’re planning to do – just talk to a girl friend who’s in a similar situation to get the backing you need. Men just don’t seem to understand a mother’s intuition – to be fair, how could they?

Here’s my thinking; I really don’t care how tired I may be – they’re only small and oh-so-very-dependent on you for such a short period of time. So, I just decided to suck it up, tend to my son whenever he cries, give him what he needs (even if that is just a quick, little, comforting nursing session) and just pump myself full of coffee the following day. I’ll survive. He’ll be happier. I’ll be less stressed. And we’ll all be better for it. I may be overly tired, but let’s be honest, what mother isn’t when you have little ones that need you? I know I’m not the best person to take sleep advice from, but what I do know is that a happy mama comes from knowing that your baby’s needs are being met, and having the confidence that they’ll be better off in the long run because of it, is the very peace of mind I needed. Moral of the story, trust your motherly instincts – most likely it’s what’s best for you and your baby.

Recent Posts: Lilies on the Moon

A Little Fashion Sprinkle of My Summertime Staples

The Last Time You Breastfeed Your Last Child…Ever…

A Safer Way to Surf the Crimson Wave